In this series I bring you through my experience as I search for the perfect 3D modeling software. I’m looking for something that is in-expensive, user-friendly, precise and inspiring. Part 1 looked at SketchUp and 123D Design. Part 2 looked at Tinkercad. Part 3 looked at Blender and this post will take a look at FreeCad.

FreeCad is a feature rich 3D parametric modeler and is great for mechanical parts with highly intricate designs. It is non-destructive, meaning that even though you manipulate and combine shapes the original shapes are still available for editing. It is precise in that you can set dimensions at any time. The interface is similar to Visual Studio in that it is made up of toolbars, menus and information panes.

Here’s a shot of the interface: 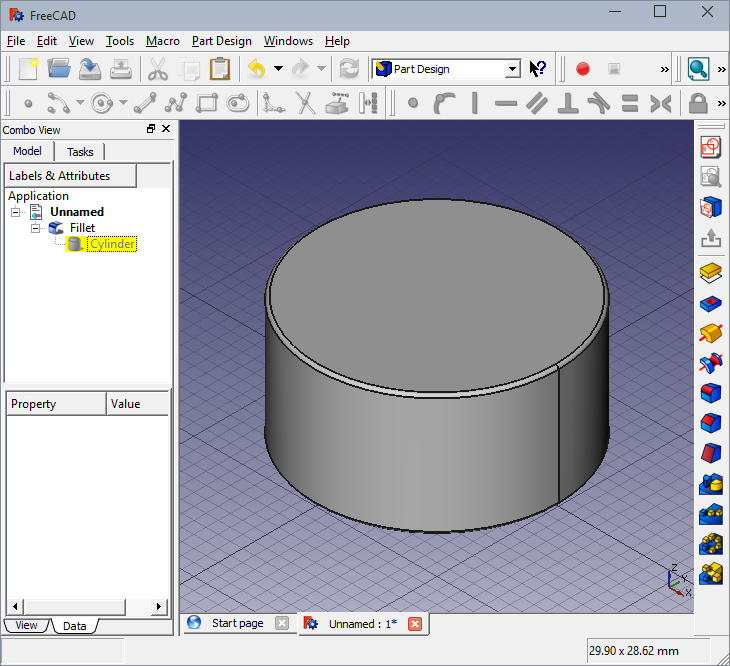 FreeCad has been around since 2011 and it appears to be gaining momentum, but it’s not at the same level of community involvement as Blender. In my opinion, if you are going to spend the time going deep on complex 3D modeling software you might want to go with Blender. I haven’t gone deep on either of them, but from the looks of it the ramp up time might be comparable and Blender is capable of much more. So if you spend the time ramping up on Blender then those skills would be transferable to things such as 3D animation if you ever wanted to learn that.

Overall I did like my experience with FreeCad, but I couldn’t really figure out the basics on my own, such as cutting out a shape from another shape – even after watching a few of the videos, I got a little lost when I tried it on my own. I’m not ready to give up on it, because it has a lot going for it, but I’m going to move on to other options for now and come back to it later. I haven’t decided if I want to invest my time in FreeCad or Blender. They both have their strengths and weaknesses, but neither clicked as “the one” for me.